place to market their milk.

They decided to form a Cooperative Association and

work together to build a facility to make cheese.

This group was known as Clark County Dairymen Association.

They later changed their name to Ag-Co.

The cheese plant was built and operated. All milk came to the dairy

in ten gallon cans. It was then made into cheddar cheese. As the years went

by it became more difficult to make cheese efficiently in smaller plants.

Improved transportation and cooling methods allowed the milk to be

transported to larger plants, where it could be processed in larger volumes,

and more efficiently. It was about this time that the Cooperative decided

to sell their plant.

In August of 1966, Ronald Andersen and his brother, Gordon, decided

to start a milk production venture.  In order to find a market, they decided to

process and distribute their own milk.  They started processing at

4501 NE Fourth Plain in Vancouver, but soon outgrew the

facilities.  Ron decided to stay with the milk plant and Gordon

continued to produce milk on the farm.  In August 1967, Ron purchased the

stores in Vancouver and started one inside the Andersen Dairy

Ron started his first plastic blow-molding in 1980. Today, he has three blow-

into pasteurized and homogenized milk varieties. After processing, it is bottled into

our half gallon and gallon plastic milk bottles, labeled, and then shipped to our many retail locations.

Andersen Dairy, Inc. has served WinCo Foods for 30 plus years.  To date, we are serving 35 locations in Oregon and Washington.

We are dedicated to our customers to continue delivering quality products at a competitive price.

We value the community in which our history resides and strive to be a part of it in positive ways as we continue to grow. 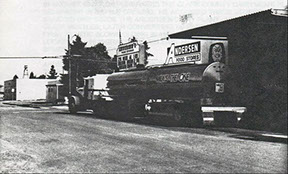 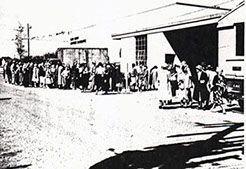 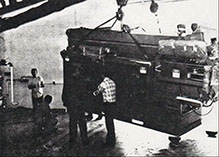